As Cath promised here is part 3 of Marvellous Mixed Media Felting Workshop.  Those who read my personal blog know that I am very prone to cutting things up - especially those pieces that I think don't work or I just don't like.  Here you will find an example of both reasons.

I liked the colours I had used with this first piece.  It was only meant to be a sample.  The original piece of felt I thought was two big so I had cut it into two thirds and a third whilst we were at the workshop.  This is the two thirds piece. 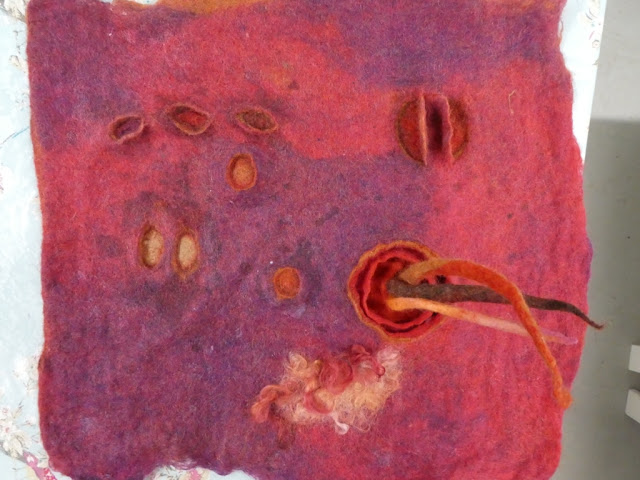 I didn't think either piece worked so when I got home I cut up both pieces into smaller pieces.  Of course I could have left it as a sample but decided I'd rather make it into something. 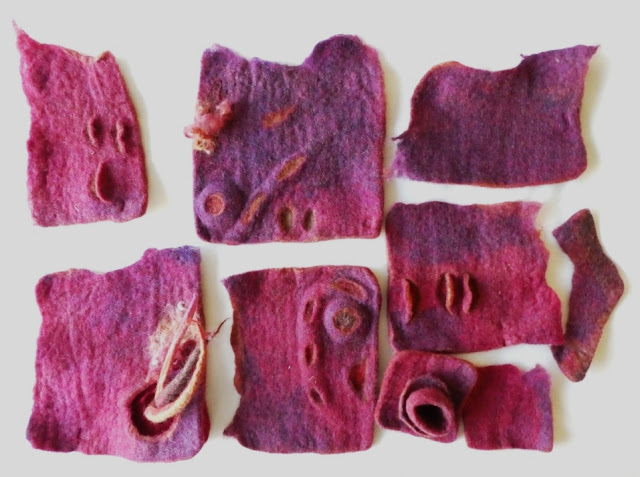 I tried various ways of reassembling the bits. 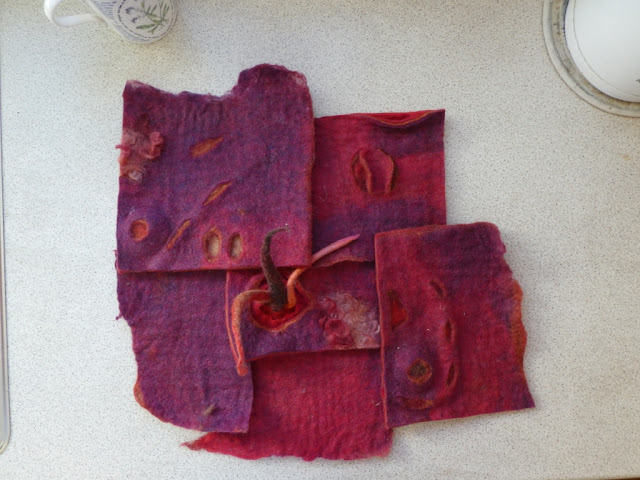 I stitched on each piece separately and added gold acrylic paint. 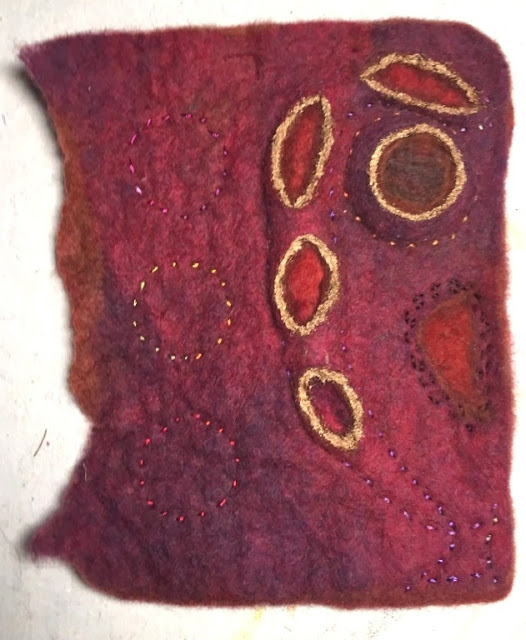 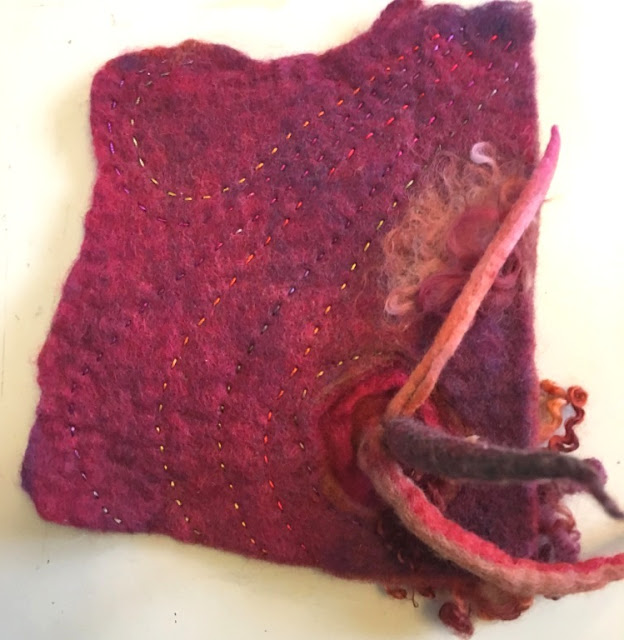 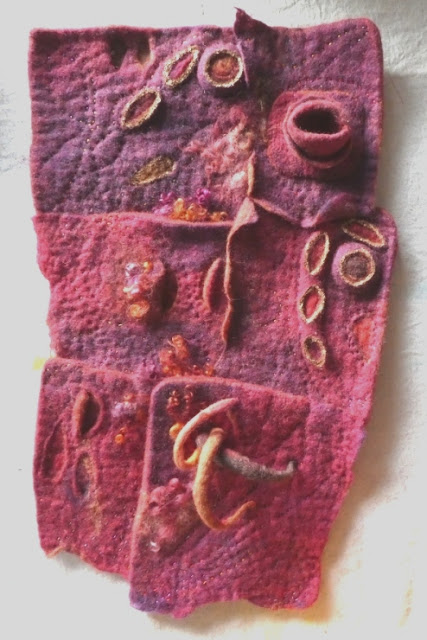 These were  the two pieces I made on the second day of the workshop.  And I didn't like them.  Especially the one on the right that looked like it was an African or Aboriginal mask. 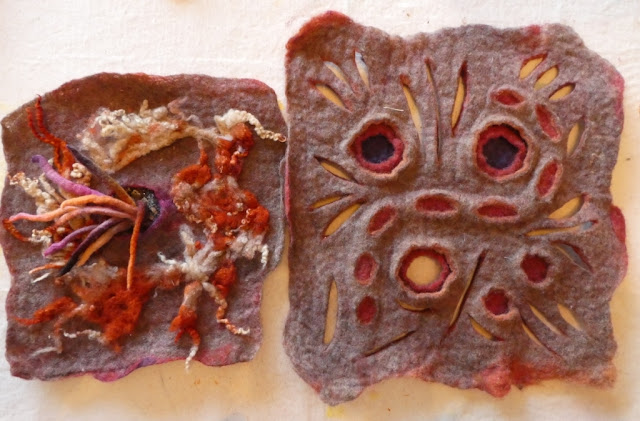 So you surely know what is coming next!  Yes.  I cut them both up. 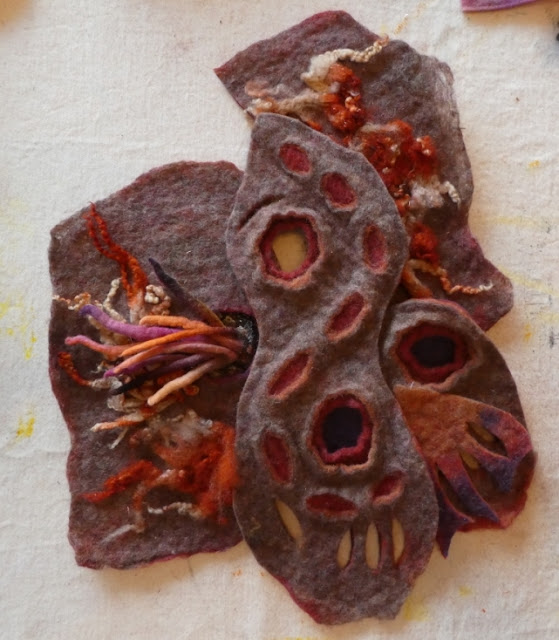 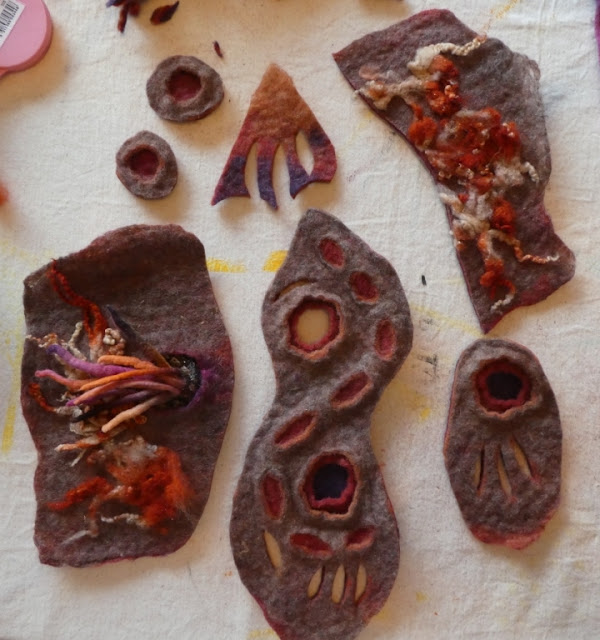 Then I experimented with the reassembly until I came up with something I liked.   Some of the pieces were very thick but by needlefelting them I managed to get them thinner. 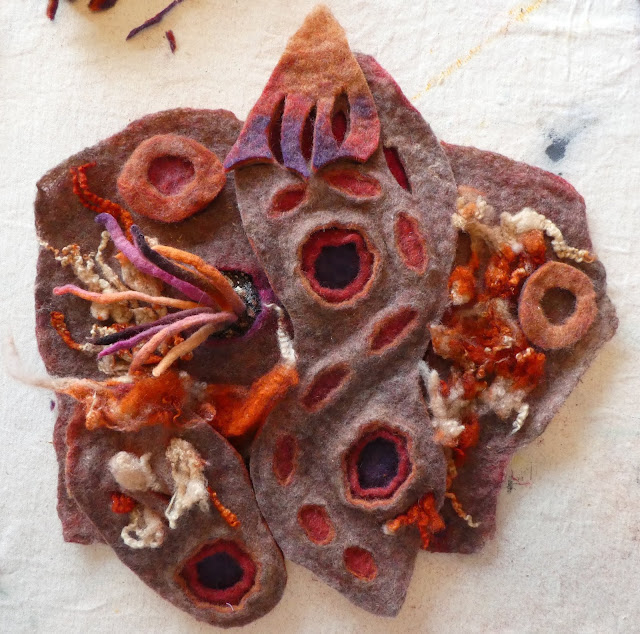 I stitched on the pieces and sewed the pieces together.  I added copper acrylic paint.  This one is called Piece by Piece 2. 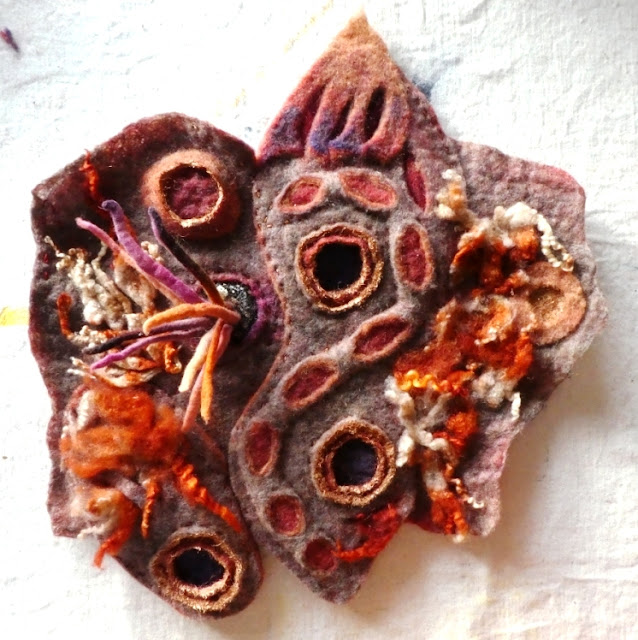 If you come to our exhibition at the British Quilt and Stitch Village from April 12th-14th you can see whether these pieces stayed like this or whether I was tempted by more stitching or more cutting up!