Hi, it's Becca here, I thought I would pop in and say hello as I've only been part of Traverse since May! After finishing the Experimental Textiles course with the rest of the Traverse members, I went on to do a mentor led course at the Windsor School of Textile Art and used my time to start working towards the new theme "Revealed".

My chosen concept (for "Revealed") is "Making the Invisible Visible" in relation to invisible disabilities and health conditions. I wanted to use my art to get the message across about how these hidden conditions affect you, whether physically or emotionally. It's not an easy concept to show I have to say!

One of the hidden disabilities I have chosen is deafness - I am deaf, not that you would know if you met me, yet ... I am profoundly deaf. It is an invisible disability that affects 1 in 6 people, it is a disability that isn't understood even by those who know and it is one that creates frustration, irritation and loneliness for everyone with hearing loss whether mild or profound. My own and other people's experience of deafness is what inspired me to explore ways of making the invisible visible and as a result I'm currently exploring the hidden layers beneath the facade, showing the frustration and irritation that lies beneath. 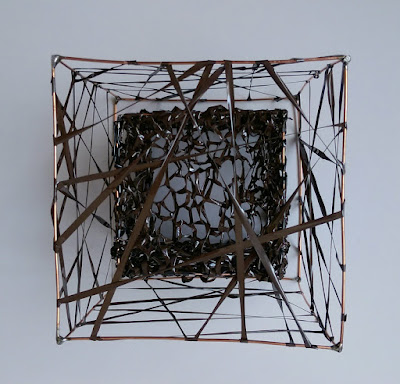 Experimenting with wire and tape.

This past weekend has been my first full weekend at a Traverse group meet up and it has been fascinating to see what everyone has been up to! 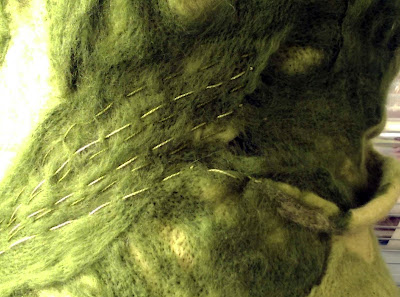 Deb is working away, shaping and adding stitch to her embellished felt. 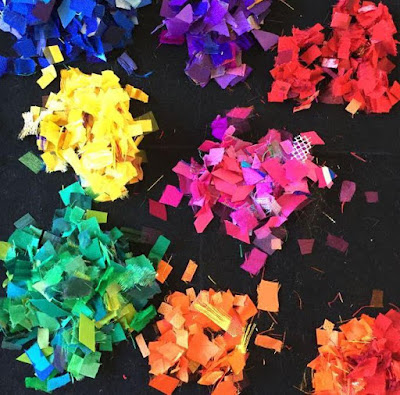 Dia is looking at Stained Glass Windows and experimenting with ideas. 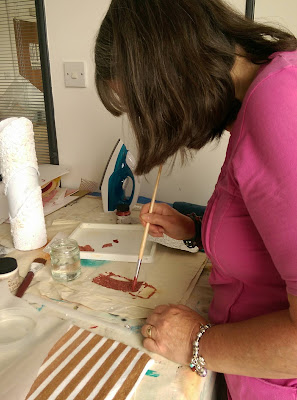 Cath has been exploring different ways to finish off her vessel. 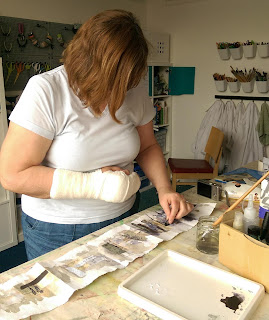 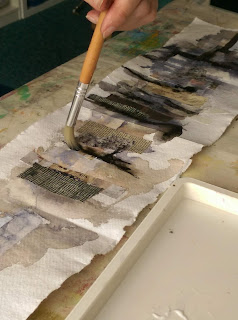 Bernice currently has one hand in plaster as her fingers heal after a nasty fall. Nevertheless, she had a go at working left handed on these Khadi paper zig zag books - pretty amazing result I have to say! 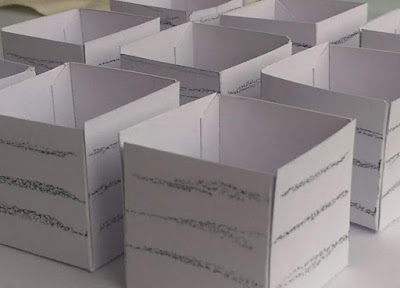 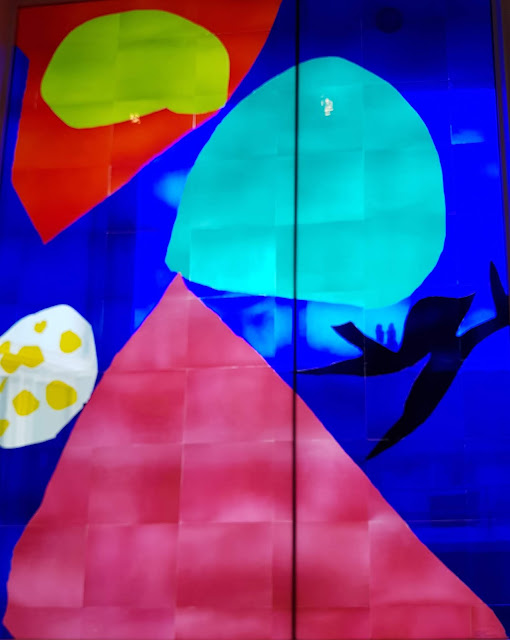 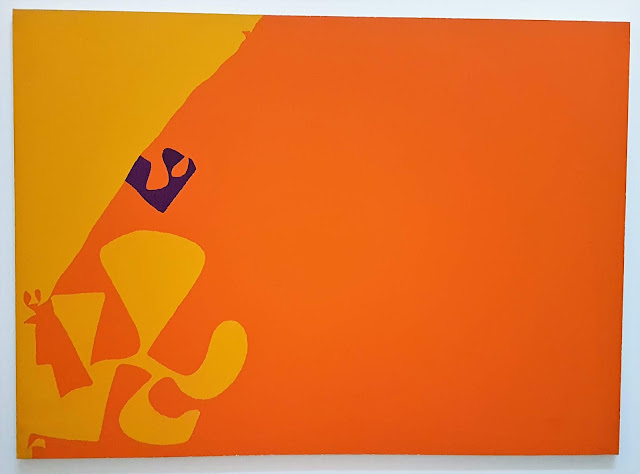 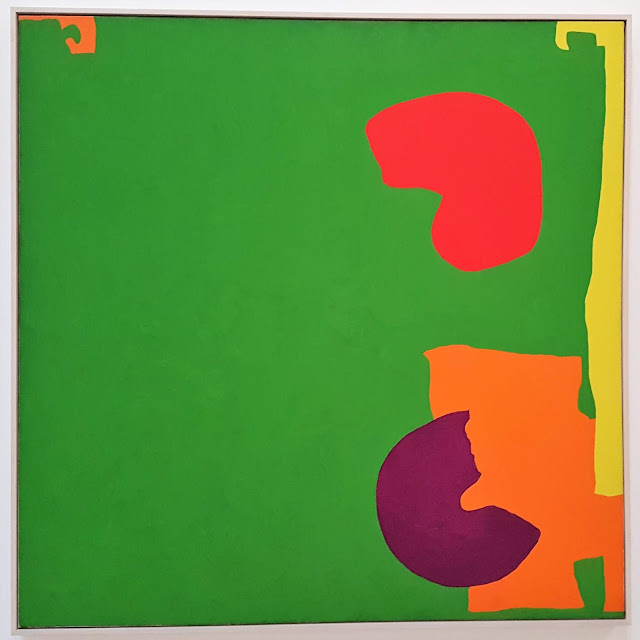 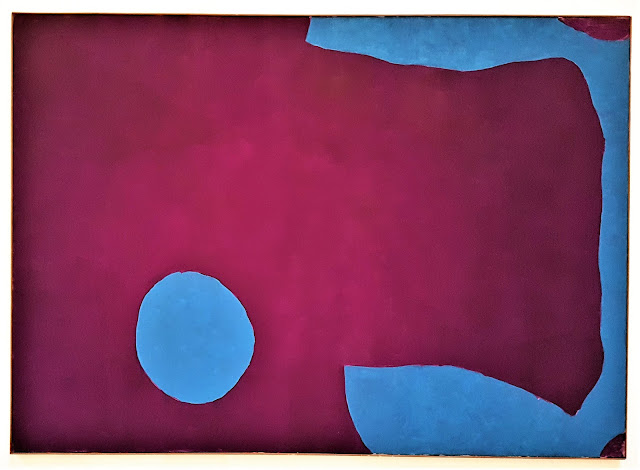 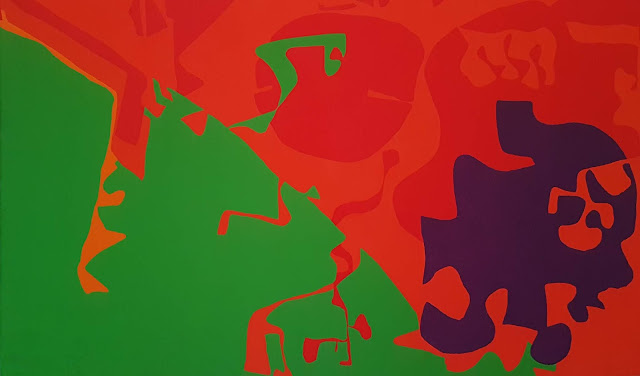 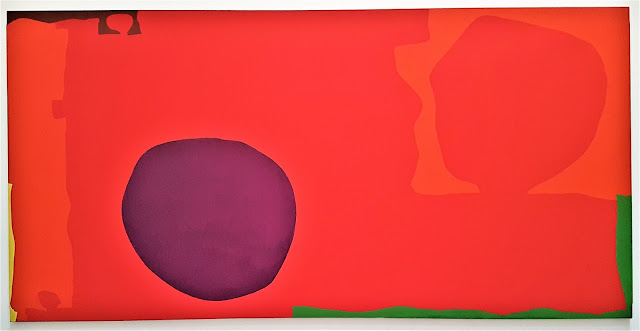 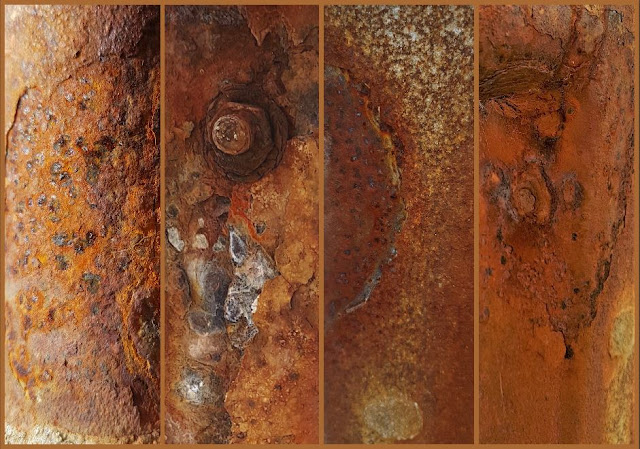