We are slowly recovering from an exciting few days at the NEC last week. It all went very quickly and smoothly, although slightly complicated by the weather. The snow on Sunday meant I couldn't get back to Birmingham as planned - there were times when I even wondered whether I'd get home after my concert on Saturday night but that's another story.

I was really sorry not to see the whole event through and not just because I was going to actually buy some resources on Sunday to add to my stash! It was just such an enjoyable experience and I wanted to be there through to the end; it was the culmination of all our hard work over the past year.

It began with build-up day on the Wednesday and we watched as the stand slowly began to take shape, thanks to our trusty build-up team of Roger and Chris, who managed to satisfy all my random (fussy) requests for various wall fittings with a smile - my reputation for faffing grew as the day went on. 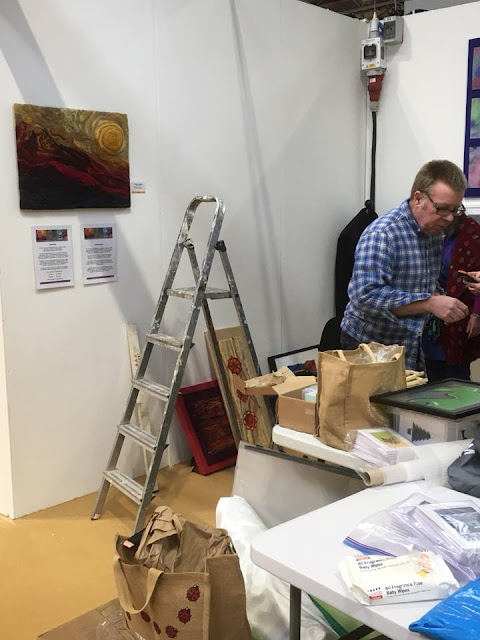 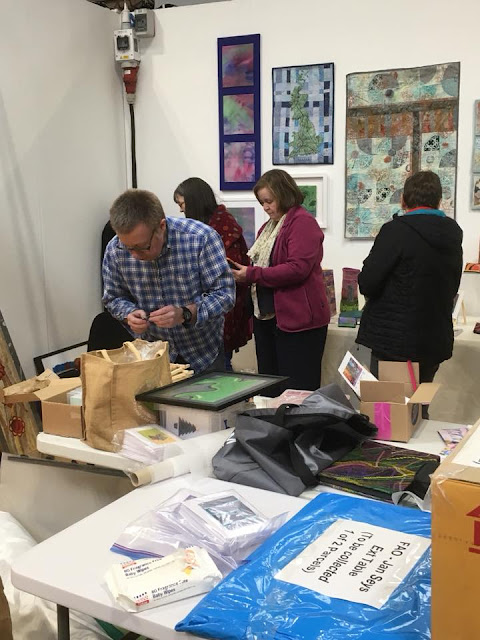 It went up pretty easily, notwithstanding my foibles and we left that night, looking forward to welcoming visitors to the stand the following day. Although Chris's coat looked particularly avant-garde and might have been a useful talking point with them, he did take it home ... 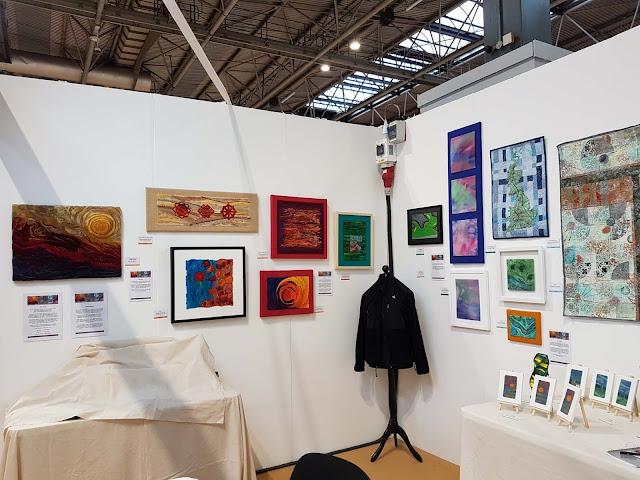 and it was replaced the following day by 'Destination Life - The Ultimate Journey' - one of Deb's unwearable dresses ... 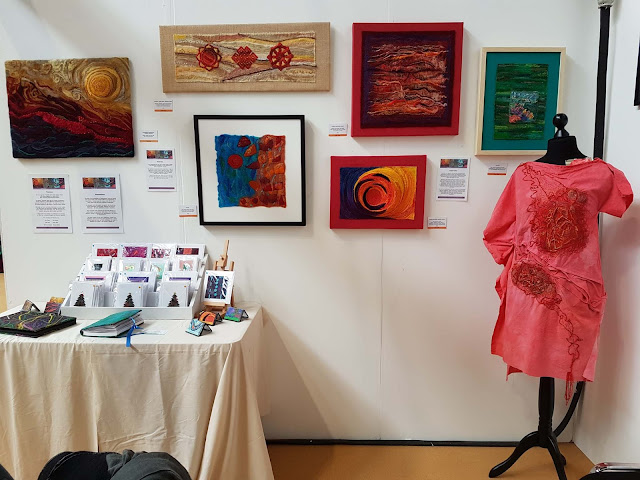 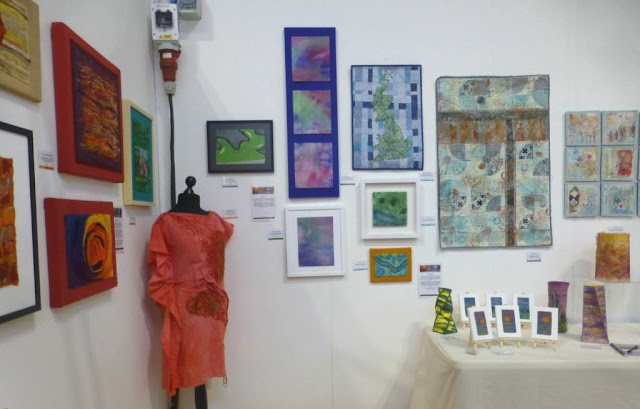 ... an unwearable dress, which actually proved to be very wearable! 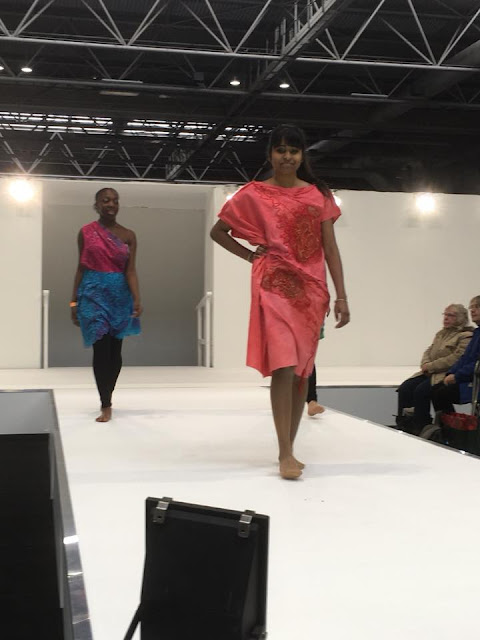 It was a case of 'now you see it, now you don't' for Deb's dresses as they made several appearances on the catwalk, being replaced by a photo in their absence.

Another exhibit which caught the eye of many of our visitors, was Dia's twisted vessel - how did she do that? 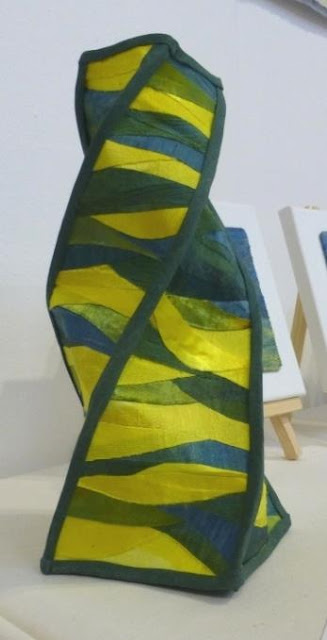 We particularly wanted to demonstrate some of our methods while we were there and they provided a useful talking point and in many cases (we were told) inspiration to people. Bernice's mixed media work was very much admired and she was asked many questions about it. 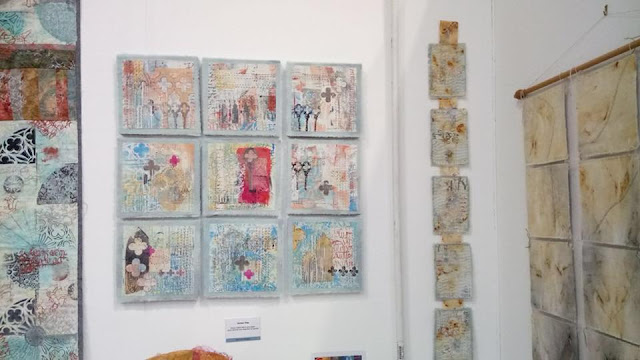 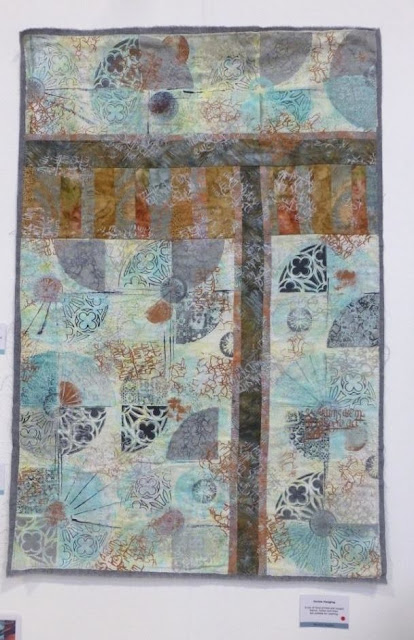 Bernice loves books and here are some examples of her beautiful artbooks. 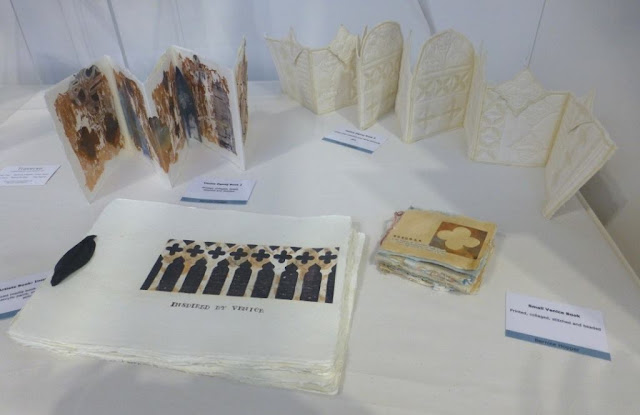 She demonstrated how to make several different kinds of books on the stand ... 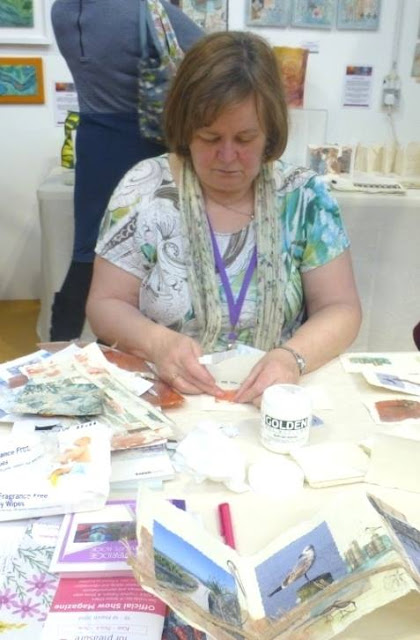 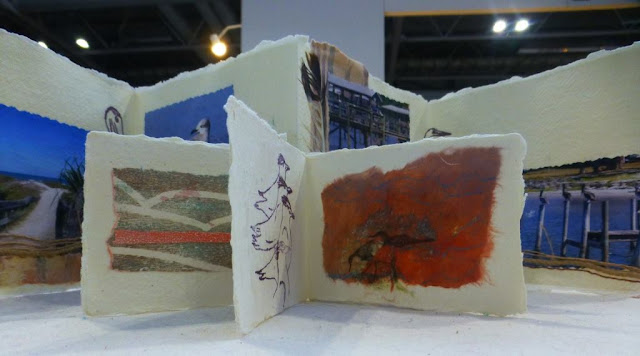 ... including this beautiful fabric scroll book, a work in progress, which I'm really looking forward to seeing as she made it on Sunday, when I wasn't there.

Several of our exhibits were made either wholly or in part on an embellisher, which is a needle felting machine. For example, the background for Cath's 'Zanskar' ... 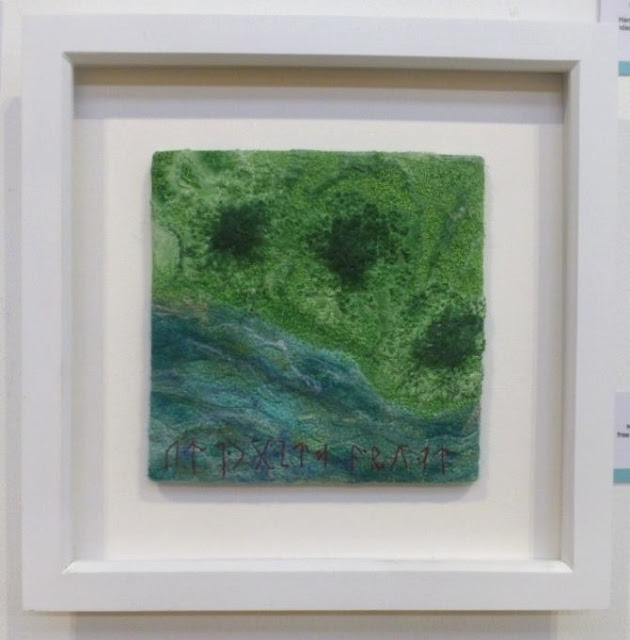 ...and Deb's 'Destination Mindfuless - Wistful Thinking' were needle-felted both by machine and by hand. 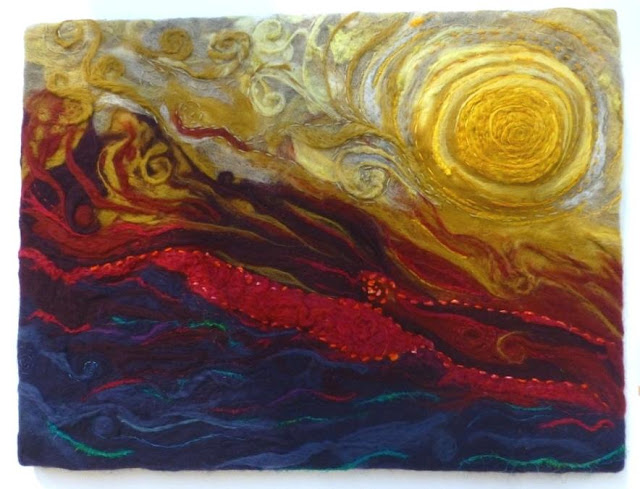 We were able to borrow an embellisher from Janome and demonstrated several ways of using it on the stand. We were very grateful to be given this opportunity and here are Jan and Dia thanking Deborah Shepherd, the Creative Director of Janome. 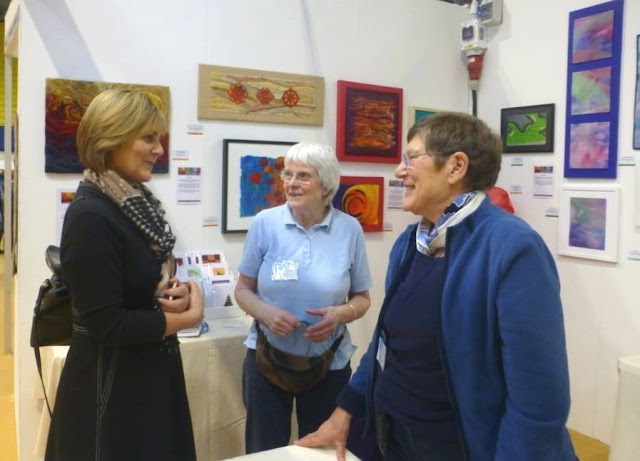 Dia really enjoyed her first experience of using it. 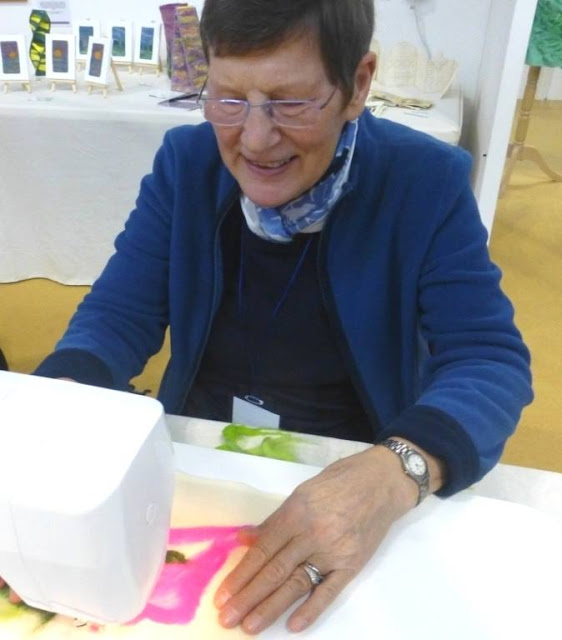 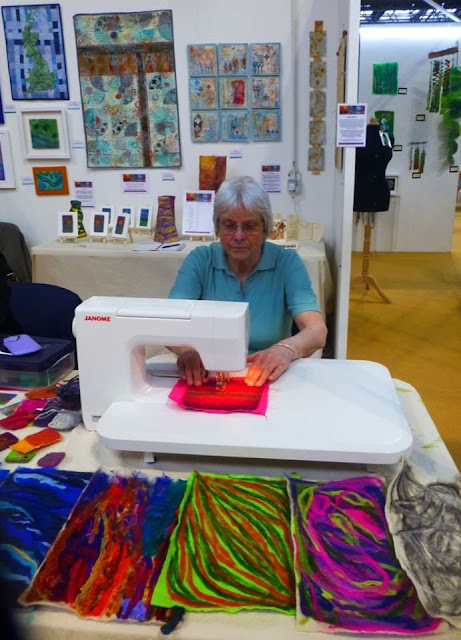 There was great interest. Some people were very curious as to how it actually worked and there were many comments like 'Where's the thread?' This lady was typical of many who already had an embellisher and were looking for inspiration. 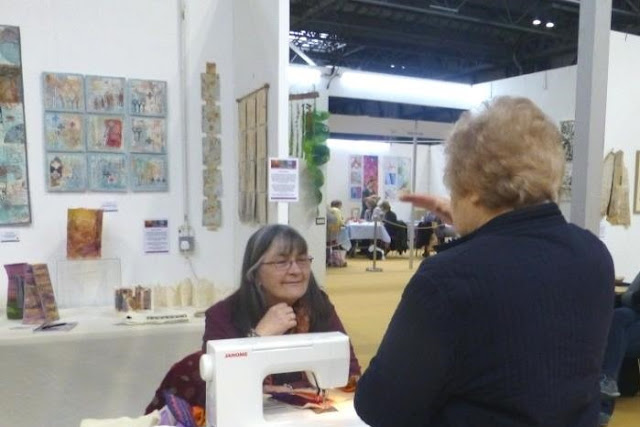 These are the moments I will remember - sharing experiences and ideas with people and knowing that some were inspired by what they saw on our stand. Our aim was to begin to establish our place in the world of textile art and I hope that some of those lovely people we chatted to will remember us.


There will be more relating to our work on the embellisher later but I'll leave you with Bernice's video of  our time at the exhibition.